Rocket Science Mad Hatter, a beer brand that eroomcreative designed, has gained national recognition in the Hottest Craft Beers of 2013.

It was hoped that this popular brew would feature somewhere in the nineties but when the result was published it had made it in at 20th!

Faithful followers of eroomcreative will know that we produce a lot of work for craft beer brewers Dennis Beer Co. and we have a heap of fun in the process.

Rocket Science Mad Hatter was the fourth beer to be included in the Rocket Science range that includes Galactic Ale, Californian, and Red Planet.

How we approached the branding

After the exchange of way too many potential names there was a real eureka moment when we claimed “How hard can it be to come up with the right name? It’s hardly rocket science is it?” There was a moment of silence and we simultaneously removed our thinking caps. The beer legend that is ‘Rocket Science’ was born.

The next challenge was to convey the quirky humour that the market place demands. eroomcreative developed the concept of the Rocket Scientist and his steam-punk styled rocket ship and this was then applied to the various beer varieties. We incorporated the huge talents of UK-based illustrator Chris Smedley to add the required polish to the concept. 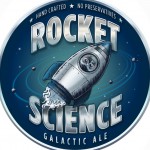 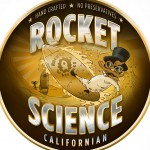 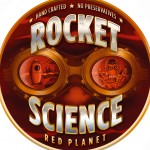 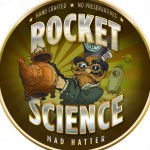 Warmly received by the industry

As you can see from the images above they make a great set and have received much praise from the craft beer aficionados.

We at eroomcreative are really stoked for our friends at Dennis Beer Co and hope to be part of many future successes.